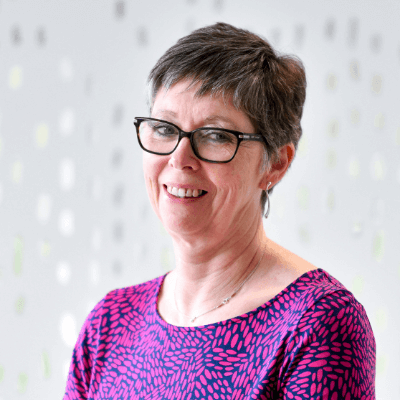 I was delighted to join the One Cumbria TSH team this summer to lead on the reformed NPQ programmes which are certainly proving popular. I retired as Principal of QEStudio School in the summer, having applied to set it up as a free school in 2017. Prior to that I was Head of School at QES in Kirkby Lonsdale, having joined the school as Deputy Head in 1999. Alongside my work with One Cumbria, I am also the strategic lead for the South Lakes Federation of Schools together with the South Lakes Rural Partnership, a role borne out of a career long belief in the value of collaboration and system leadership. As part of my work in the South Lakes I am lucky to be able to chair the Morecambe Bay Curriculum schools’ working group in Cumbria, networking with amazing Cumbrian educators who are passionate about the environment and a nature-based education. 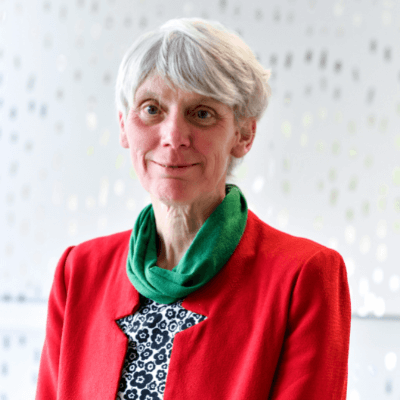 I feel privileged to be working with young learners at Inglewood Nursery and Infant School. As they say in all the courses, it’s all about context…I’m still learning something every day! That’s why I think these NPQs are just brilliant. They keep us all reflecting on theory and practice and allow us to make a real difference by combining them! 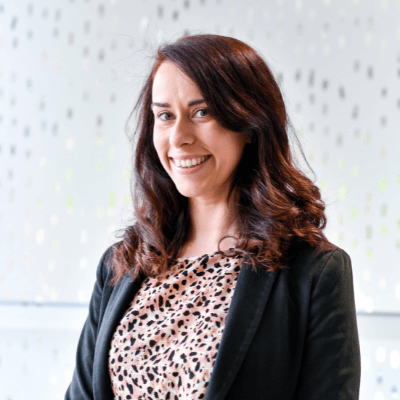 I recently joined the Lunesdale Learning Trust as an Assistant Headteacher and part of my role is to offer quality staff development and coaching. Prioritising staff development in our profession is my passion and I truly believe that investing in continued teacher development is where we can make the biggest difference to our children. The opportunity of facilitating the National Professional Qualification in Leading Teaching for One Cumbria arose and I was thrilled to see the reformed frameworks and be given the opportunity to be a part of the programme. Along with enjoying working with other colleagues across sectors and contexts, I feel privileged to be a part of this hugely positive movement of embedding a golden thread of professional development from the ECF through to NPQEL with One Cumbria. 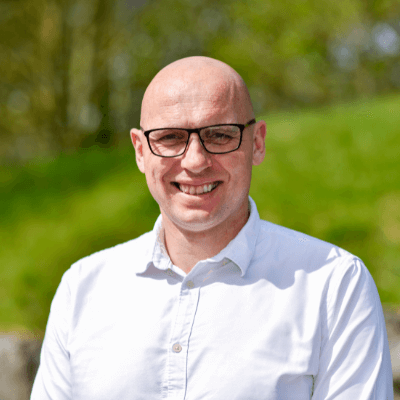 I have been teaching in Penrith for almost 20 years, spending the last 7 years as Assistant Headteacher at Queen Elizabeth Grammar School. I trained as a PE teacher in Leeds, qualifying in 2002. During my career I have been a Head of Sixth Form, and more recently have led whole-school teaching and learning. My areas of interest are centred around IT development, and behaviour for learning, and extra-curricular provision. I still teach PE (and coach), but also teach my second subject, Technology. 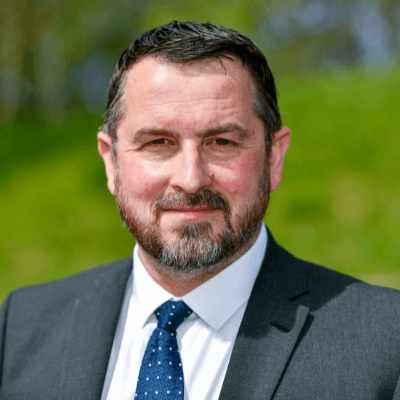 A secondary trained teacher, I have worked in FE, HE and Secondary Education. I’m very proud to be Headteacher at Ullswater Community College in Penrith having previously been Principal of an Academy in a large national MAT and prior to that Vice Principal and Acting Principal in a stand alone Academy.

It is a privilege to be involved in the delivery of the NPQH programme and I really believe in the NPQ programmes – our school has 10 staff undertaking them at every level up to NPQEL. 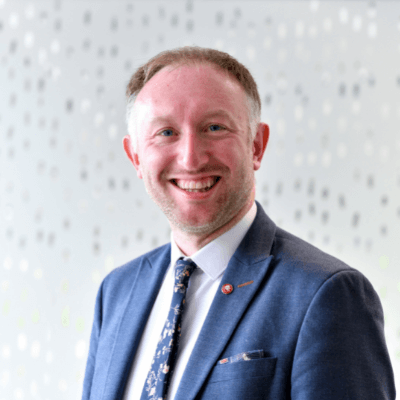 I have been teaching since 2015 and since 2019 have led the post-16 provision at Dallam School as Head of Sixth Form. While leading the provision, I am acutely aware that without the support of a fantastic team, the Sixth Form would not be the success it is. My appreciation of this led me to work with One Cumbria and the NPQLT qualification; great leaders need to develop great teams. 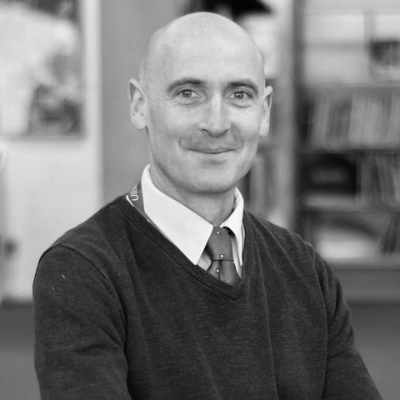 I have been head of sixth form and an assistant headteacher at Ullswater Community College for the past 8 years. Prior to this I was a head of year for 5 years.
Throughout this time I have supported a wide range of staff on their professional development journeys whether they are Early Career Teachers, Middle leaders or teachers who are working towards leadership.
As a member of our SLT I support colleagues who aspire to develop the quality of their teaching and to improve the outcomes for all pupils. I am a life-long learner and love being part of a profession that empowers teachers through coaching, mentoring and effective learning conversations. 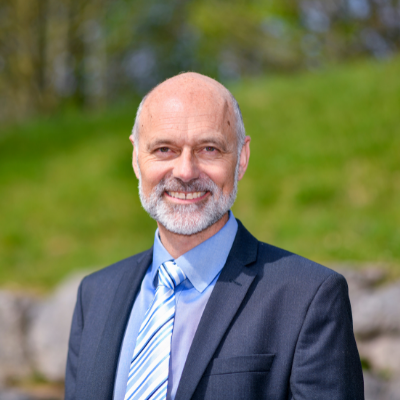 During over thirty years in primary education, I enjoyed a variety of roles across a range of different schools, culminating in seventeen years as a Cumbrian headteacher.  My wider work took me into system leadership, developing a Teaching School and being the trustee of a global education charity.  It’s a great feeling to be able to share some of that experience with aspiring and new headteachers through One Cumbria’s unique perspective on the NPQ programmes. 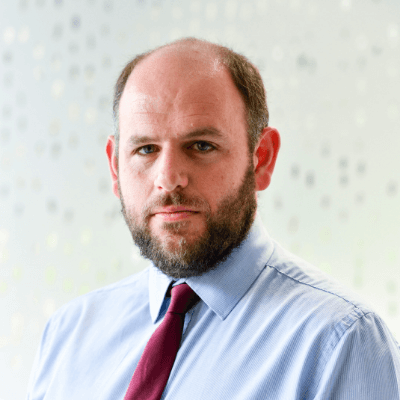 I am the assistant headteacher at The Gillford Centre Pupil Referral Unit in Carlisle for KS1-KS4 pupils.  Prior to this I worked in a primary school in Carlisle.  I am delighted to facilitate the NPQLBC and look forward to working with colleagues from across the county. 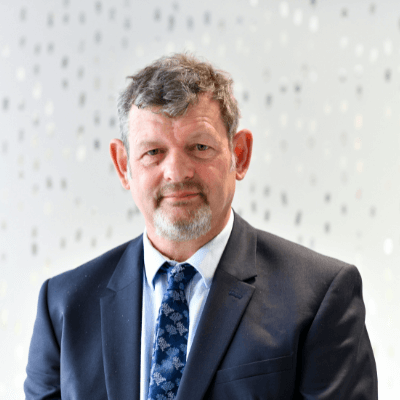 I have substantial leadership experience in the primary sector. Expert mentoring of headteachers and other new leaders in wide-ranging teams. Member of the Education Policy Institute. 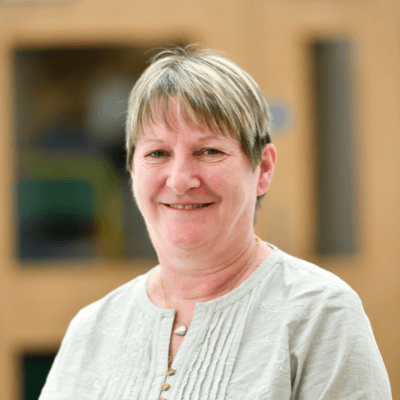 Director of One Cumbria TSH
Facilitator for NPQEL

After graduating from Hertford College, Oxford University with a degree in English Language and Literature, I began my career as a journalist in London, freelancing for the broadsheets for eight years, until the siren call of teaching (both my parents were Headteachers) became irresistible and I completed my PGCE at Goldsmith’s College, London University. Since then, I have taught in London, Kent, Uganda and Scotland before arriving back in Cumbria, where I most recently was Executive Headteacher of Solway and Beacon Hill Community Schools, combined as Cumbria Futures Federation. Executive Leadership is considerably more than the sum of its parts and an exhilarating and all-consuming challenge to bring disparate settings and staff together. It’s a privilege and responsibility to work with colleagues in Cumbrian schools taking on that challenge, from the perspective of my new role as Deputy CEO of WLMAT and Director of the TSH. 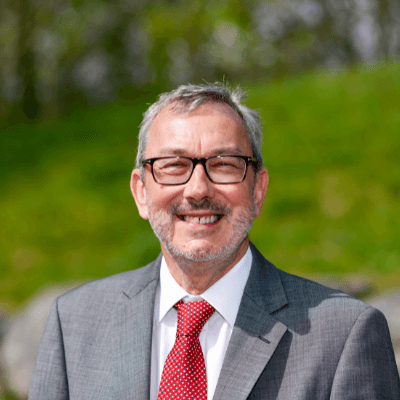 I was a secondary Headteacher in West Cumbria for 15 years, and now work as the West Consortium Officer and Inclusion Panel Chair. I have facilitated programmes for over 10 years for middle and senior leaders, Heads and Executive Heads, inspired by my own positive experiences of self-directed learning. 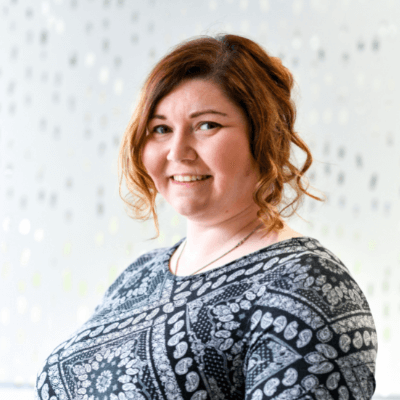 I’m a passionate teacher and behaviour management specialist on a mission to understand the bigger picture. 18 years of experience in both the classroom and leadership roles, from EYFS to Year 9 within mainstream and SEND. Currently studying towards gaining my MA in Education Professional Practice. 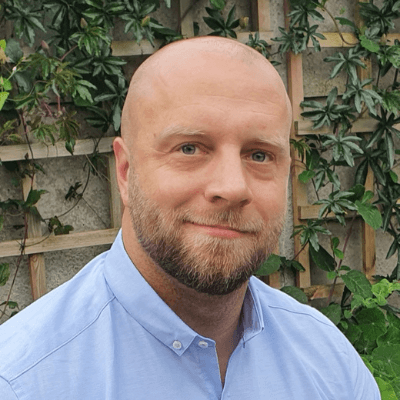 I’m an experienced teacher who has worked in all stages of Primary and Secondary education in my 18 years as a teaching professional. I’m currently a Deputy Headteacher and Year 4 at a school in Carlisle. Alongside my roles in school, I am also part of the ECF/NPQ Teaching Schools Hubs Council National Advisory Board and a qualified NPQ Assessor.  My role with One Cumbria is leading CPD seminars and conferences to support schools and education professionals develop and implement high quality teaching and learning and leading a team of 50+ ECF/NPQ Facilitators. 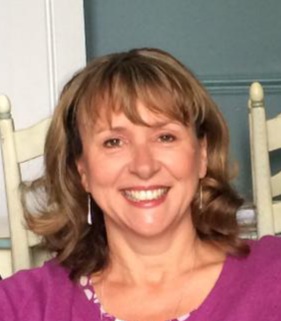 Rachel has over thirty years’ experience in both teaching and advisory roles. She is passionate about all aspects of English. She currently works as a General Advisor for Cumbria Local Authority. Prior to this, she worked as an English Consultant with The National Strategies and as Head of English and Drama in two secondary schools in Cumbria. 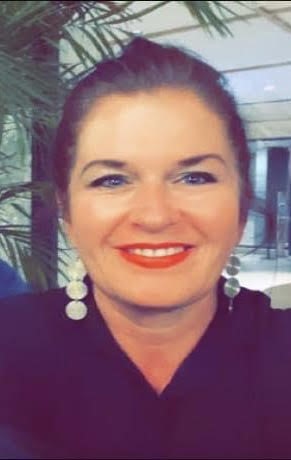 For over 26 years, Emma has worked with children and families across all sectors. Seeking innovative ways of delivery, she takes a “we can” approach to all aspects of her work. Emma is an advocate of children’s rights and believes that personal, social and emotional development is critical to children leading happy and healthy lives. 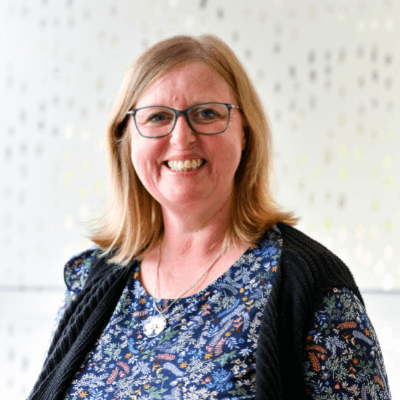 Tina is the former headteacher of a West Cumbrian Infant School where she spent eighteen happy years and is currently a governor at another infant school. A firm believer in the power of play, as well as tackling disadvantage, and developing oracy skills, she fully understands the challenges involved in leading an Early Years setting. 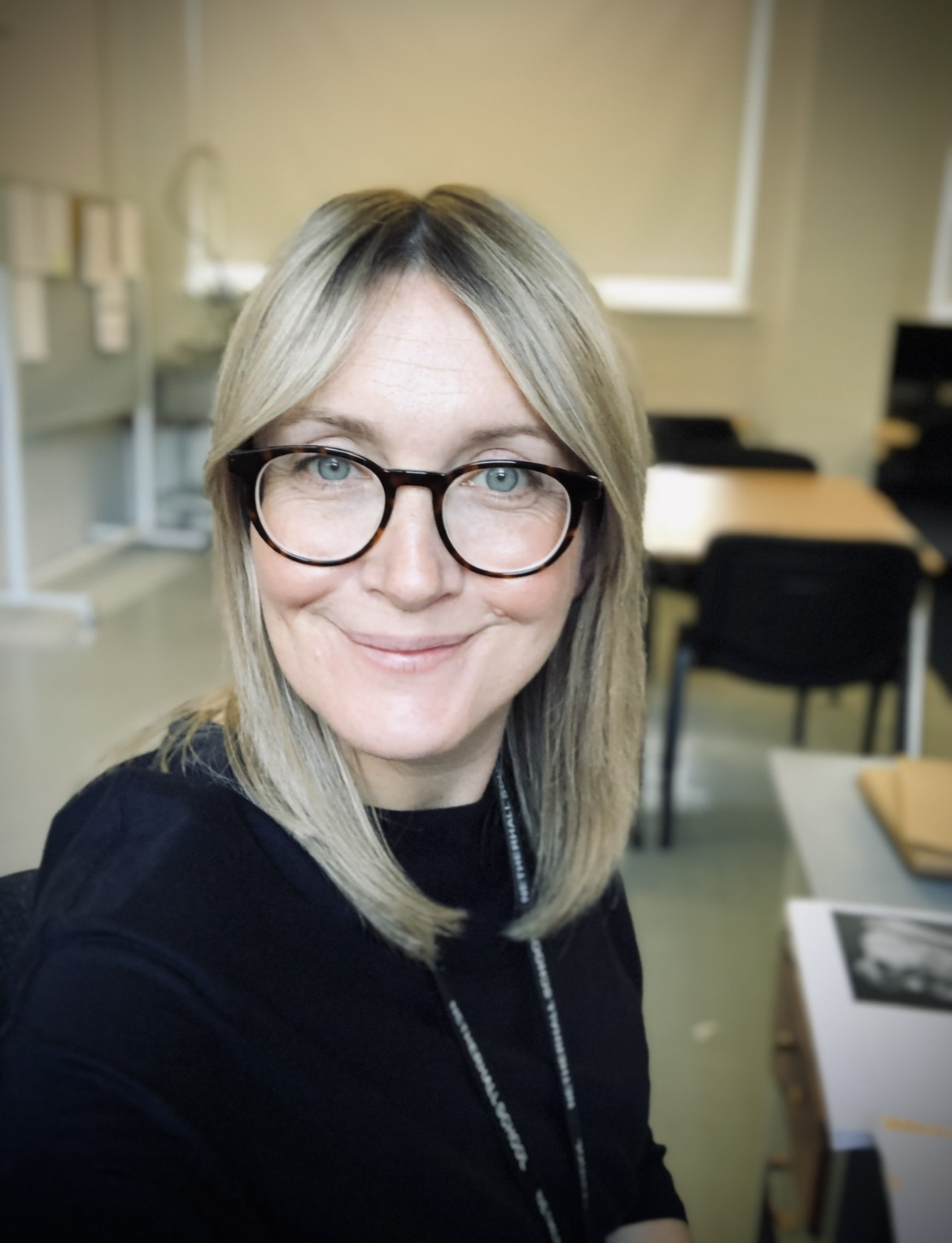 I have been a teacher of art, design and technology for 16 years, a head of department for 14 years and a member of the senior leadership team since 2017.  I have the privilege of working at Netherhall School in Maryport as an assistant headteacher, with responsibility for teaching and learning and CPD. I am passionate about providing the best education for our students and enjoy any opportunity to work alongside others as part of a professional learning community 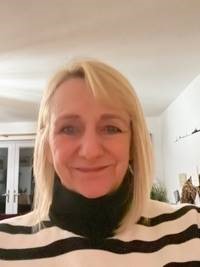 My name is Sue Blair.  Head Teacher for 23 years – the last 17 years at Pennine Way Primary School.  During this time, we have had 2 floods, built a new School,  grown from 215 pupils to 550 and just about survived COVID19!  I have been Chair of the Cumbrian PHA for the last 3 years.  Professional interests include Behaviour Management, Wellbeing, Leadership and Community Development.  Personal interests include cycling and chocolate.

I have been a teacher since 2005. As a Head of Department or an Assistant Head I have had career-long love of teaching and learning. This is because it has that been an area of the profession has continually evolved and changed. I look forward to sharing my enthusiasm for teaching as an NPQ facilitator.